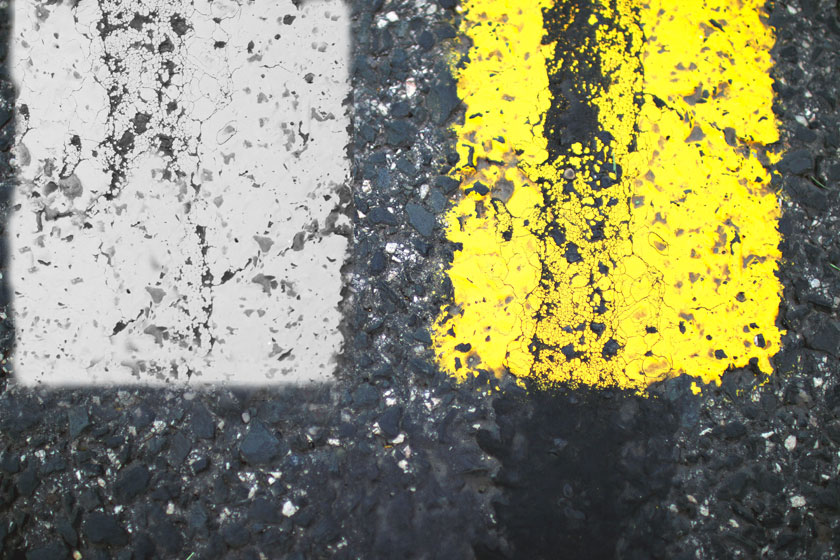 Question 1: Yellow lines on the pavement:

ANSWER: D. Yellow lines mark the center of the road and separate traffic going in opposite directions. A yellow line should always be on your left side. If a yellow pavement marking is on your right, you are going the wrong way.

Question 2: What pavement markings separate lanes with traffic going in the same direction?

ANSWER: A. White lines separate lanes going in the same direction. They may be broken/dashed, solid, or double solid.

Question 3: What line is used to mark the road edge on your right side?

ANSWER: A. White solid lines mark the road edge on your right-hand side. 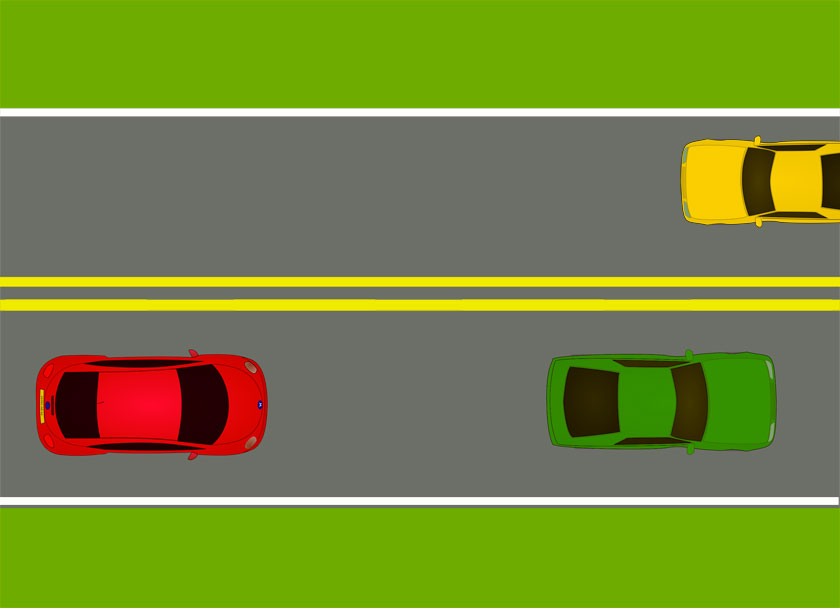 Question 4: It is against the law to cross a double solid yellow center line:

ANSWER: B. Pavement markings with a double solid yellow center line marks a no-passing zone. Traffic from either direction is prohibited from drive to the left of the double solid yellow line to pass other vehicles. The line may be crossed to turn into or from a driveway, private road or an alley. You may normally also cross the line when an obstruction makes it necessary to drive to the left of the line. 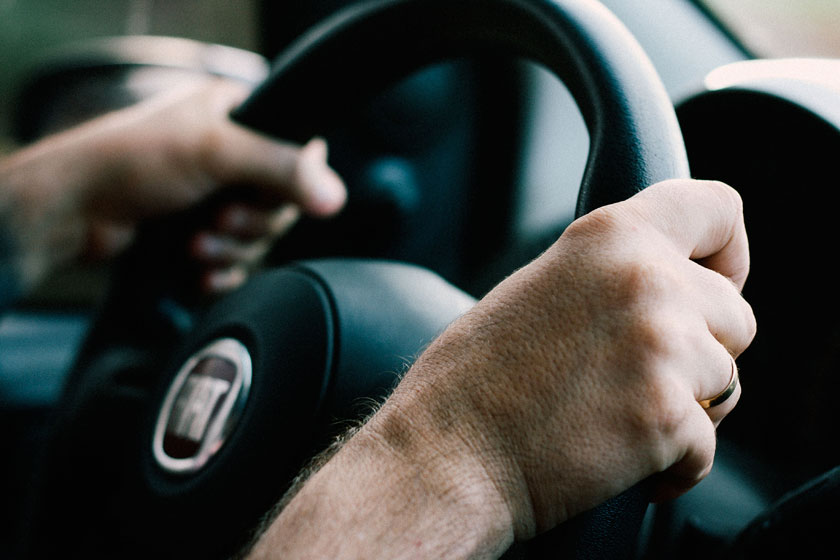 Question 5: When can you cross yellow center lines to pass another vehicle? 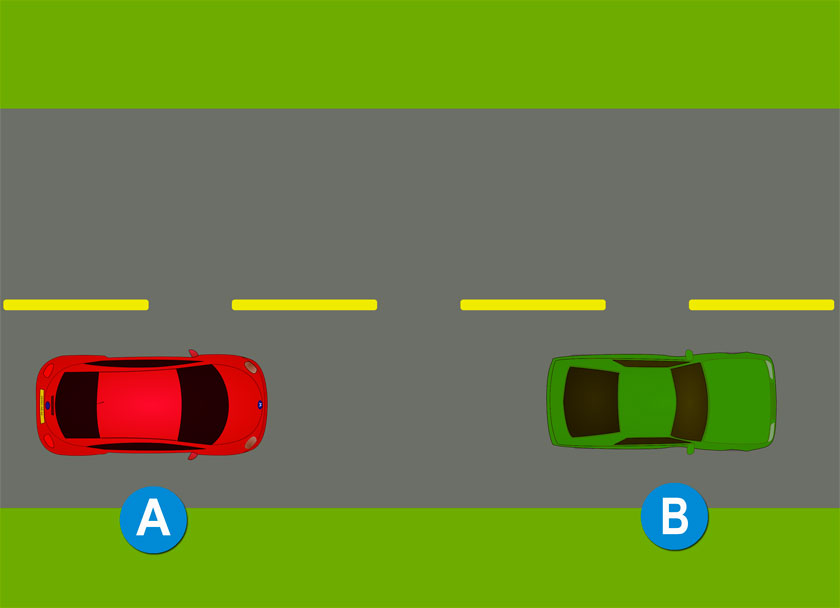 Question 6: In this picture, car A may pass the vehicle ahead:

ANSWER: C. You may drive to the left of a yellow broken line if the way is clear. 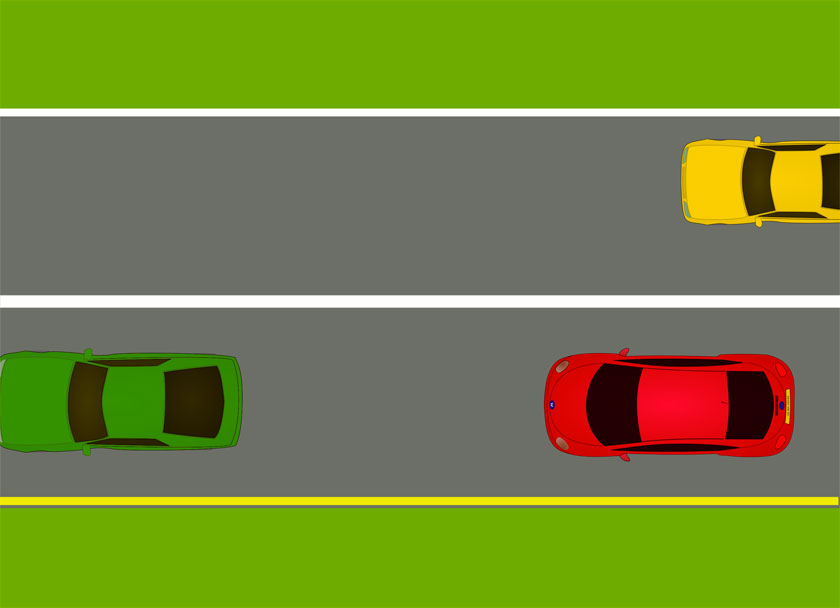 Question 7: If you are traveling on a road with solid white lines between lanes of traffic, you should:

ANSWER: B. Pavement markings consisting of solid white lines mean that changing lanes is discouraged. Stay in your lane unless it is necessary to cross lines to avoid danger. 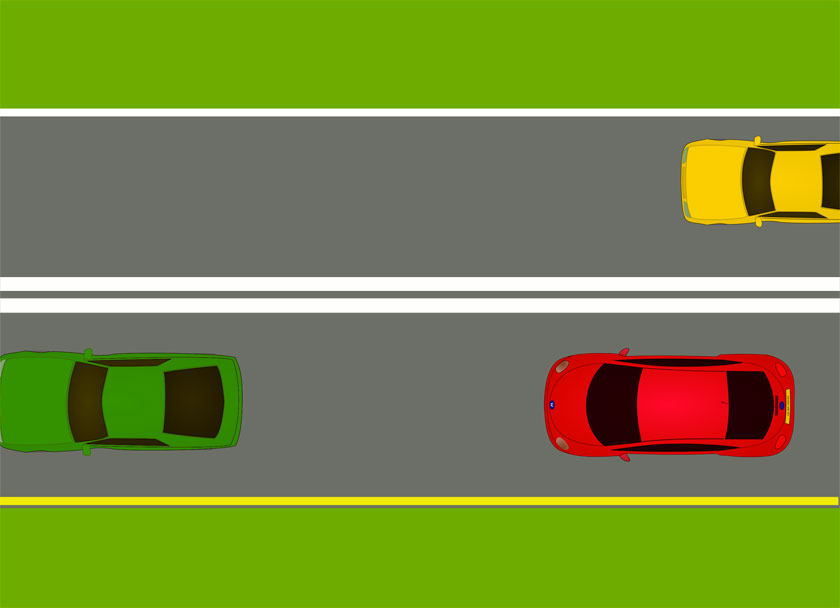 Question 8: What does a double solid white line between travel lanes mean? 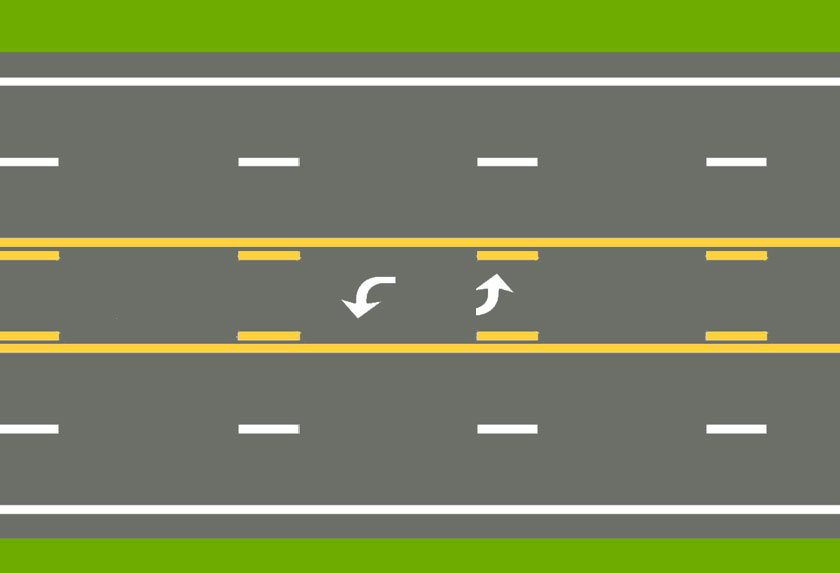 Question 9: A center lane with a normal broken yellow line and a normal solid yellow line on each side indicate:

ANSWER: B. A center lane with a normal broken yellow line and a normal solid yellow line on each side indicate a two-way left-turn lane (also called a shared left turn lane).

Question 10: A shared center lane for turning can be used:

ANSWER: C. This lane is used by traffic in either direction as part of a left-turn maneuver. It cannot be used for right turns! 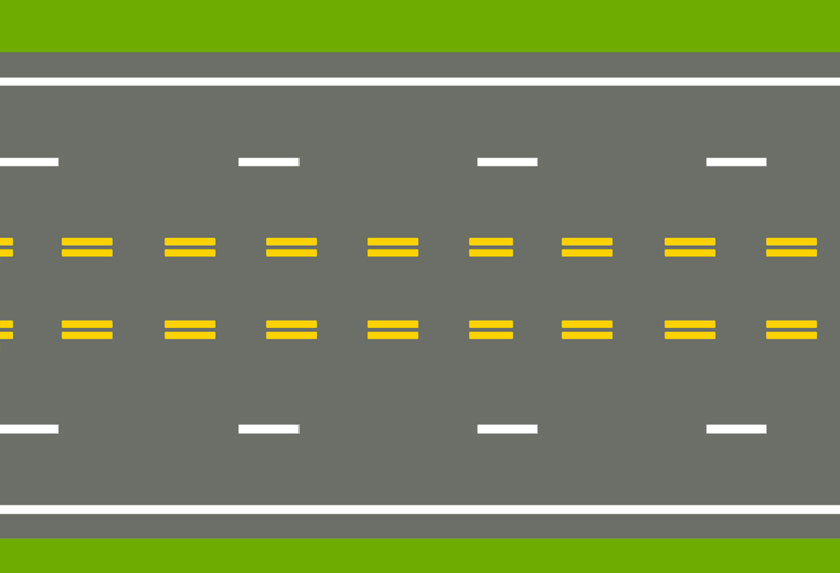 Question 11: Lanes marked on both sides by double-broken yellow lines are:

ANSWER: A. Reversible travel lanes are designed to carry traffic in one direction at certain times and in the opposite direction at other times. These lanes are usually marked by double-dashed yellow lines. Before you start driving in them, check to see which lanes you can use at that time.

Learn more at Driver’s Prep: Pavement Markings and What They Mean.