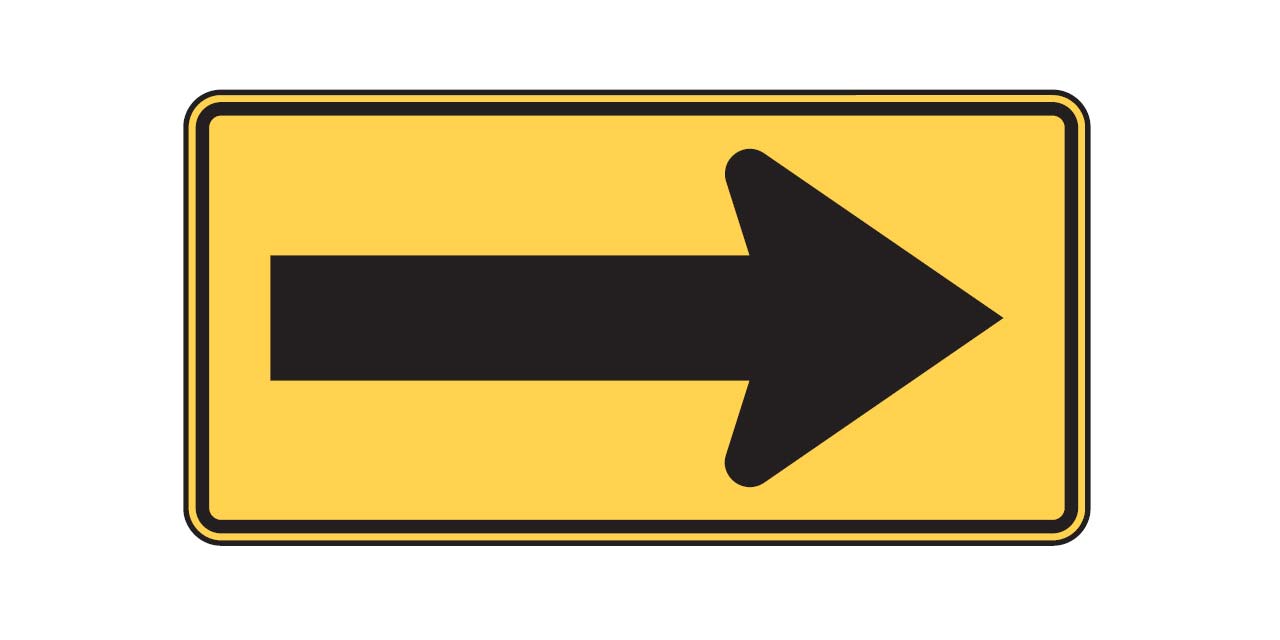 Get Ready for the Road Signs Test

Several states have a separate road signs test as part of their written knowledge test. Such a road signs test usually has 10 or more questions on some of the most common road signs. They are usually picked from a pool of 50 or more different signs.

There are, in other words, several signs you must know for your road signs tests. While some are easy to understand and act upon, others may not always be so obvious.

The large arrow sign is probably one of these difficult signs. Seen by itself on a test it can be difficult to know where this sign is placed and what it actually mean.

Statistics from different practice tests at Driver’s Prep show that only one out of three get this sign right.

Why it is so Easy to Miss

By intuition, you probably know how to react to this sign. That is why it is so easy to skip through it when learning signs. You don’t really give it a second though.

What Does the Large Arrow Mean – Example Questions

Answer: C. The sign marks a change in horizontal alignment. In other words, where there is a sharp curve or turn.

Answer: A. The large arrow may be used either as a supplement or alternative to Chevron signs. Both mark a change in horizontal alignment (turn or curve).

What Does the Large Arrow Mean – Summary

The large arrow is used when there is an alignment change in the direction of travel, such as a sharp turn or curve.

It may be used instead of of or as a supplement to chevron signs.

It may also be used as a supplement a Turn or Reverse Turn sign to emphasize the sudden change in direction.